Keep Looking and Never Give Up

I met Lexie through one of our Angels, Kelly Grace when she joined our mentoring program to help new clients in the first stages of discovery. Lexie is perfect for this because she is a warm, genuine person with a beautiful story to draw experience from. Lexie is exactly the type of person you want when your whole life has just been upended. 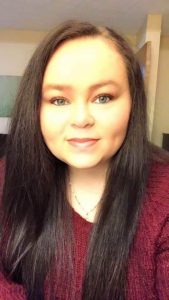 But allow me to start at the beginning of this tale.

Lexie found out at 11 or 12 that her father was not her father. That year, she began her search. Lexie questioned her mother, who remained secretive about her past and would only reveal that his name was James Wilson. Despite knowing this might be a lie, young Lexie used to go to the library every week and research any James Wilson she could find…with no success. Lexie was too young to know how to really search for him but never gave up. Over the years, she periodically googled his name just in case, always looking for anything that stuck out as HIM.

Eventually, she decided to do an AncestryDNA test. When her results came back, she dove headfirst into her search. She reached out to any match that would respond and scoured over family trees for any sign of James Wilson or his family. One first cousin had a brother who had built an expansive family tree of over 3,000 people. And that was where Lexie found the first solid evidence that her mother was telling the truth.

Within the tree, she discovered a James Alexander Wilson that she was sure was her grandfather and that he must have had a son named after him. The first cousin told her what she knew of the man, who had had a wife and children before suddenly leaving his family to start a new life. He vanished, and no one knew anything else about him. No one knew where he had gone or ended up. Just like before, searching aimlessly for James Wilson, Lexie hit a dead end. There was no one else to ask, and the trees of her DNA matches kept their secrets to themselves.

Until she found DNAngels and Kelly Grace, they jumped back into the chase together. They spent several weeks researching together while Lexie reached out to her DNA matches. As they answered her questions, it all came back to what she already knew. They still couldn’t find James Alexander Wilson anywhere. Eventually, Lexie decided they had tried everything, and her only choice would be to take another DNA test with 23&Me to see if better matches came up.

So, she gave herself one more day…one more chance before the waiting game began again and sat down on a Sunday to search Ancestry’s database. She was looking for any births under James Alexander Wilson and a woman with the last name Potter or White, which had been determined to be the likely last name of her grandmother. Two results popped up immediately, though one stood out to her the most. James Alton Wilson was from the same area as her mother—Fort Worth, Texas—and Lexie believed this must be him. Kelly agreed. And, by some twist of fate, she had found him on the exact 20th anniversary of his death. She believed this meant it was supposed to happen exactly as it had. From his obituary, she was able to learn the names of 3 of his ten (10) children. She found one sister that night and two brothers the next day. Eventually, she tracked down eight siblings.

It’s still unclear if her biological father knew about her or if another unknown sibling out there, but Lexie is thrilled with how things turned out. She has traveled to Texas and met all her known siblings, but three and has plans to visit them this summer. The most significant change in her life has been planning to move to Texas permanently to be closer to her newfound family.

“Keep looking and never give up.”

At the end of our interview, I asked her what she would say to any sibling that might be unknown out there and looking for the truth: “Keep looking and never give up.” Just like she did.

Donor Conceived – It Does Matter
Next Post: No More Secrets