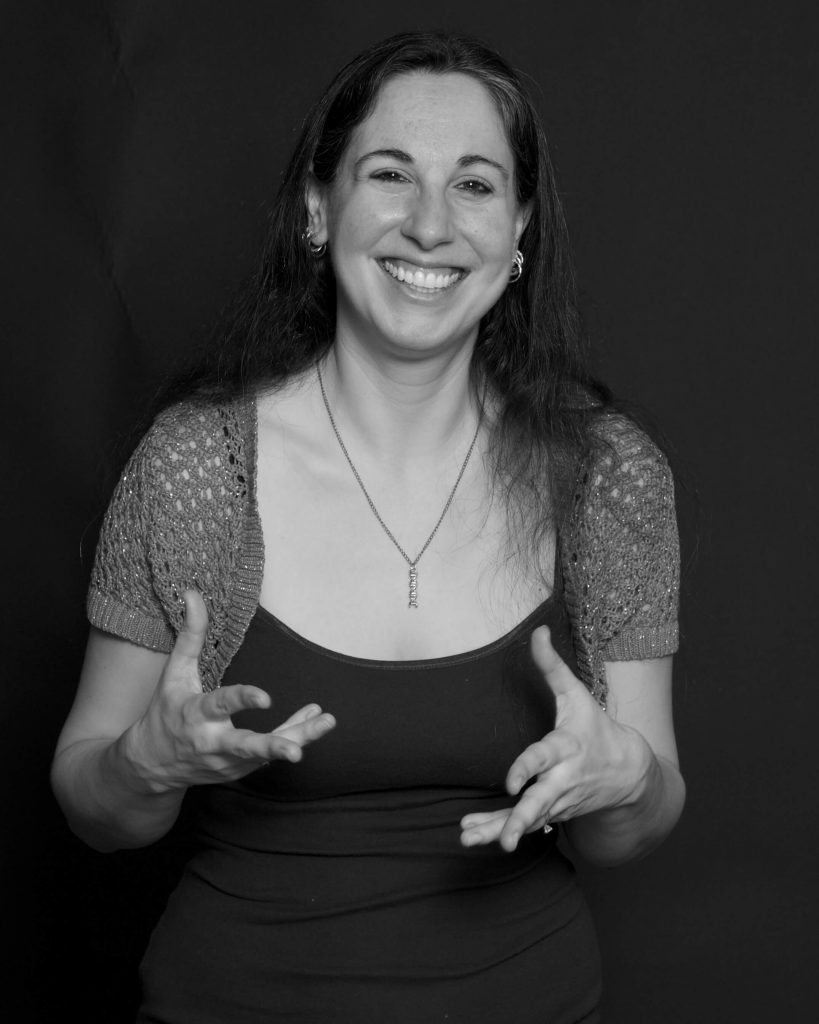 DONOR CONCEIVED – IT DOES MATTER!

An Interview with Cassandra Adams

I recently had the pleasure of sitting down and chatting with Cassandra Adams. If you are unfamiliar with her, she is a donor conceived individual, and since her discovery, due to a 23andme DNA test, she has become a major voice in advocating for the rights of Donor Conceived People, or DCPs. She’s also a wife, a mother and has a welcoming smile that immediately makes a person feel like she has created a circle of friendship, and invited them in.

We spoke about the emotional, psychological and physical effects of being a “late discovery” Donor Conceived Person, the response that DCP typically receive from their donor biological parents, the lack of regulations, black-market sperm and her own “wish list” for how she would change laws and expectations for donors, recipient families and Donor Conceived People.

The first item we discussed was the change in health history a DCP might be faced with.

As with any late discovery DNA surprise, the recipient is plunged into a new and scary unknown. Their health history may have changed radically. But for a DCP, both parents were “in” on the deception and knew that they were giving false health history for the child and deceiving healthcare workers. So, for a DCP it feels like a double whammy of betrayal. Parents are sending mixed messages, “we wanted a child, but we intentionally denied you of the best healthcare because of the secret we kept from you.” For donor-conceived people over 40 years old, health history is scant, if not non-existent, and even today the history you may get from a donor bank is unverified, may be inadequate, and may not be passed along to recipient parents and DCP.

Along with a completely new health history, there is the trauma of finding out that the people who taught you trust, have lied to you. There is just no coming back from the deception.

“You may understand on a cognitive level, but there is no guarantee that you can recover from it emotionally,” Adams stated. “It’s a deep wounding that just doesn’t go away, even if you can rebuild that trust, part of your psyche is still that emotionally wounded child who is crying ‘Mommy! Why did you do this to me?’”

Donor conceived individuals always seem to have a sense of “otherness” that adoptees and NPEs have described as well. They know they are “different” from the rest of the family but cannot put a finger on WHY they feel that way, and their feelings are often invalidated by those closest to them. And a lot of them find out that once the secret is out, their birth families often are fervently opposed to the DCP discovering all parts of who they are.

When I asked about the reception other DCPs receive from their donors, she said the chance of connection and acceptance is about 50/50, but most donors will at least give an updated health history, even if it’s just to say “no known health issues” which is really not an adequate answer!

We discussed “black market sperm” and the ramifications of the movement, those being that there are 100s of donors out there who are donating sperm and not disclosing health issues.

The idea that people are turning to social media or to sites like Craig’s List to purchase sperm is not only scary, but also dehumanizing, unsafe and does not have the best interest of the child to be conceived in mind. There are people who are intentionally helping to create children who may inherit their complex health issues without a second thought to the children. This is opposed to the eugenics movement to create children with “desirable” characteristics, such as the lauded Nobel Prize Sperm Bank, which smacks of the ideal of a “master race.”

On the flip side of the black-market sperm issue, there is the issue of doctors using their sperm to inseminate their own patients, like Dr. Cline from the Netflix documentary “Our Father” or Dr. Morris Wortman in Rochester, NY. But in the early days of donation, doctors often used whatever samples happened to be available to them. There was almost a “black market” network as most of the donations came from other doctors or medical students. Adams’s own donor father was a fertility doctor himself. There was certainly an air of “no one will ever know” and indeed, much like those NPEs, myself included, whose mothers never thought their secrets would become exposed, these men never thought that what they had done would be exposed.

Certainly, more than a few of them thought that they were “helping” their patients who wanted children. But for a DCP to find out their mother’s doctor is also their biological father, there is an extra level of violation. Insemination is a sexual act here, no matter that it occurred in a medical setting. These women were medically raped. They may have wanted a child; medical assault was not part of the bargain.

When asked how she would punish men like Cline and Wortman, Adams’s response was quick, strip them of their medical licenses. For men like these doctors, it wasn’t about helping their clients, it was a eugenic power-trip, they violated their patients’ trust, ethical boundaries and sexual assault boundaries. Yes, these women wanted a child, no they did not ask to be a part of some doctor’s experiment, or obsession.

Talking about fertility fraud and black-market sperm brought me to Cassandra’s “wish list” for donor conceived legislation and regulation. She has spoken to members of the New Jersey Assembly and gave testimony to the Colorado legislature earlier this year in support of Colorado’s groundbreaking new “Donor-Conceived Persons and Families of Donor-Conceived Persons Protection Act.” She is excited about the future legislation that is upcoming in other states. “This is where it starts.”

So, if it were up to her to craft donor conceived legislation and regulation, what would it look like? Here are some of the most important items on her list:

– Hard on the heels of openness, she would make verified health histories a requirement, and they should be updated often. Colorado has made their requirement every three years.

4. Tracking – Who was born from which sample? There should also be limits the number of clinics one donor can supply.

5. Changes to Birth Certificates – In Australia, at age 18, donor conceived persons can obtain birth certificates with their additional information. Adams would like to see accuracy in birth certificates for DCPs here in America, listing raising and legal parents and also reflecting biological parentage for full transparency.

6. More intensive preparation for donors and parents – Educate both sides! Educate gamete providers on what it is to be a donor and the full lifetime ramifications, and prepare the parents of DCP by educating about best practices, the full range of concerns DCP have over the lifespan, and how to begin supporting them from the beginning. Adoptive parents have to go through counseling, why not donors and DCP parents? Children are going to ask questions!! It does not go  away, and it is a disservice to families to let them think it does. Egg donors need to be educated on the health risks associated with being an egg donor.

7. Donors should understand they will be found.

8. More studies for egg donors – After donation, many egg donors face their own fertility issues. They end up feeling “farmed.” There needs to be more studies on the problems faced by egg donors.

9. Ratify the Convention on Rights of the Child for all children’s issues – if you are not familiar with this 1990 United Nations Treaty, you can read about it here.

The United States is one of the few countries to not ratify this important document!

10. Not paying egg and sperm donors – donations should be truly altruistic! Donors can be compensated for time lost from work, but that is all.

11. Early contact with half siblings – it is important for donor conceived offspring to be able to be in contact with those who they share a heritage with!

12. Protection for LGBTQ+ Families – Having all states adopt the Uniform Parentage Act to protect the rights of LGBTQ+ families with donor conceived children is a must!

The lack of regulation is troubling, but donor banks are often costly, and the ethnic diversity is low. So how do you avoid purchasing sperm in a Target bathroom? Or spending thousands of  dollars that you may not be able to afford to conceive a child? Adams feels the best way is to find a person that you know that you trust, and that will update their health history for you and your child; someone who will be willing to be a part of the child’s life. Not someone with a twisted purpose for their donation.

When asked, Adams stated that knowing you were donor conceived matters, because “it is a part of your identity: you face, your body, your legacy, it impacts you on so many levels – whether you have one donor parent or two. The hardest thing to grasp is that your parents wanted to have you, you were not an accident.” Non DCP people expect that to wipe away the difficulties, and while it is a nice story to be wanted and it is a beautiful thing to want a child, it doesn’t always the remedy the situation a DCP finds themselves in. “They can still grieve the way they came into the world.” Just wanting a child does not mean all the other issues go away.

IT DOES MATTER. Adams states “A lot of us feel that being lied to was a social experiment, a lot of us did turn out to be like these men – and we felt something was weird, and something was off, and we could not quite place it. Just because you do not know does not mean it is not affecting you.” She goes on the explain that what DCPs want is part of their identity to be validated and respected and to be loved by their parents for not only the traits they share with them, but for their differences, too. They cannot change what they inherited – it is part of who they are. And doesn’t everyone want to be loved for every part of who we are? Having a DC child means embracing the other person who helped bring them into the world, not denying they exist.

Donor Conceived Persons face their own unique issues with coming to terms about their conception and birth. We all – DC, Adoptees, NPEs have the common thread of needing to find that missing piece to the puzzle that is ourselves. We all have the need to see part of ourselves reflected in other people. To understand where our eyes, nose, height, love of history, jazz, allergies to shellfish, and the other things that make us who we are, come from. We are an amalgamation of nature and nurture, and it takes both our biological and social families to make us the unique individuals we are.

While not all Donor Conceived Persons may feel the same way Cassandra does, it is important to be open to their feelings, to hear their message, and to respect their journeys.

Musings of An Angel – Volume 15
Next Post: Lexie’s Story