Thoughts and Musings of an Angel

As a child, I was a compulsive scab-picker. As an adult too, but the scabs I pick at these days bleed much more, and the scars they leave are uglier than the road rash on my leg, or the twisted scar on my elbow, or the tiny scar next to my left eye that only I know is there, but I feel like is a huge flaw screaming “SHE HIT ME WITH A BELT BUCKLE ACROSS MY FACE”.

And my scars remind me, the past is real

In a previous Blog, I talked about locking away thoughts and feelings we find unpleasant and tossing them into the well of the mind, I quoted Stephen King from the book The Eyes of the Dragon. But we don’t necessarily lock it away. Not always, we pick, pick, pick at those scabs that form across our hearts, especially in the early days of our discoveries. I spent hours obsessing over my new siblings, researching everything I could, finding every social media account, every photo, every name, address, and phone number. Obituaries, news articles…I committed details to memory, and they would come back to me when my mind was perhaps distracted.

For the month and a half that I had no idea where my mother had found this man, or what the details between them were, I obsessed. Pick, Pick, Pick. Bowling Alley? Halloween Party? Surely his wife wasn’t in my mother’s ceramics class? Was he Catholic? Did he go to our Church? At one point, he lived on the street my father’s last house had been on. I plotted the distance between our house and his. It was near my mother’s hair salon.

And then the pieces started falling into place, and the conversations between my new half-sister and me gave enough details to extrapolate some of the missing information but left me wanting more. Pick, pick, pick. I searched for every photo I could find, and spent hours staring at features of mine staring back at me. The eyes, teeth, the look on a sibling’s face, the hairstyle of another. And the brother. I HAD A BROTHER. The one thing I wanted as a child that I could never have was a real, biologically related brother. And there he was.

He never answered me, you know. I even sent a photo of me wearing a hat with the Ohio logo on it. To drive home the fact, you can take the girl out of Ohio, but not the Ohio out of the girl.

The habit of picking at scabs is called “Excoriation.” Healthline.com defines the behavior as “a stress relief habit during a time of stress. The repetitive action and control that skin picking gives may provide relief from other events that can’t be controlled.”
(https://www.healthline.com/health/skin-disorders/excoriation#causes).

While the physical picking may not be present for me anymore, I don’t have nearly the amount of open wounds and physical scabs I had as a child. I’m still a klutz, still accident-prone but these days I tend to bruise rather than break. The breaks and scabs are all internal, and even now, four years later, I pick at those scabs when I feel like my life is out of control. Believe it or not, it’s a calming behavior. I’ll never be able to talk to my mother about her actions. I’ve said that knowing her situation, and understanding how she was thinking, how she was feeling, is something I can do, because I am her daughter, and I think that gives me a modicum of understanding of where her actions came from. I can easily put myself into her place and look through her eyes. I may not know all of the details, but I know just enough to leave things for me to pick at, wonder about, and obsess over. And the only living person who can fill in the details is silent. In talking with other NPEs, I’ve found others use other coping mechanisms: avoidance, anger, acceptance, outreach, service… this is mine. Pick, pick, pick. 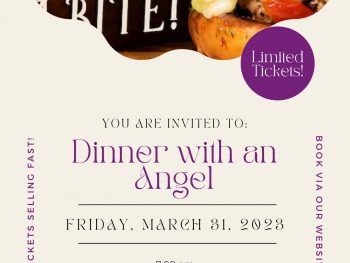