UNDER THE HALO  – THOUGHTS AND IMPRESSIONS OF AN ANGEL – WRITTEN BY:  KELLY GRACE –

A fellow Angel called me the other day, her wings dragging and her halo feeling heavy upon her brow. She’s part of a special project we have helping Amerasian children born to soldiers who served overseas find their biological families.

Children born in Southeast Asia during World War II, Korea and Vietnam to local women and soldiers were often ostracized from society. As an avid M*A*S*H fan, I vividly remember the episode where small baby was left at the 4077th.

The doctors doted on her and wanted to find a way to send her back to the States, but it was a no-go. Eventually, instead of placing her at a nearby orphanage, where she would have been shunned or possibly killed, she was taken to a local Monastery where she would be raised till she was 18 and then the Monks would try to find a way to send her out of the country. It was not an alternative that anyone liked, but it was the only one that gave her a chance.

Racism being what it is, those children who are half-Asian, half Caucasian are still looked down upon. DNAngels partners with a group that helps these children, born to American soldiers, find their families. However, the men who fathered them are rarely welcoming. The children have dreams of coming to the U.S. of being welcome and accepted, of having a close familial relationship – because in most Asian cultures, family is very important.

The Angels who work these cases are often the ones who reach out to these families first. Sometimes the results are good, most often they aren’t.

Sunday, I got the call from my sweet Angel sister Renee, who had spoken to a man who had a daughter out there, a very lovely young woman, with a beautiful family of her own. He didn’t want her contact information, didn’t want to reach out to her, didn’t even want to know her name. This rejection triggered something within Renee that brought up memories of her own rejection by her own biological father. “Am I doing something wrong?” she asked. “Is it me?”

I hastened to assure her it wasn’t her. These were the casualties of war. These innocent children are collateral damage.

But I empathized with my sister Angel, I understand where she is coming from. The rejection I received from my biological family is always close to the surface when presenting a client with ways to contact their biological parent I have found. I spent most of the past weekend trying to put an adoptee in touch with his mother, stepping out of my comfort zone to attempt to contact her myself. No answer, and she never returned my voicemail. This evening I spent time tracking down a bio father for a young man. It should be easier than this was. Every single phone number was bad or disconnected.

If I could be granted one wish, it would be that all our clients are welcomed by their new-found families, that Angels like myself and Renee would not have to face rejection for our clients that triggers our own feelings of inadequacy and self-doubt. Because that is what it comes down to. Rejection cuts us to the quick. We wonder what it is about us that cannot be loved or even accepted. We see it as something intrinsically within us, instead of within the person doing the rejecting.

I’ll tell you what I haven’t admitted a lot out loud. My “break” from DNAngels was partially due to the fact that I lost a half sibling in April 2019 – one who I never met and who never knew I existed. I had respected our other sister’s wishes to not reach out to the other siblings or our biological father, to not disturb her family. I felt like a fraud and a failure as an Angel. How could I tell people to reach out and make contact when I wouldn’t at her request?  Something inside of me broke. I was telling people to face rejection, but I was not. I was holding onto to the scrap of a relationship I had rather than risk that for what I really wanted.

I finally faced my fears, got my rejection, and at least now my clients who don’t get their happy endings know I have been there too. I understand where my cugina is coming from. Each rejection a client faces, we face right along with them. We hurt when you hurt.

Previous addition of Musings of An Angel – Read Here

Volunteer of the Month – May 2022
Next Post: The Journey of a Lifetime 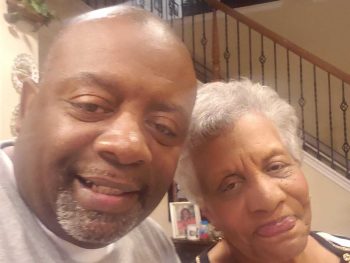