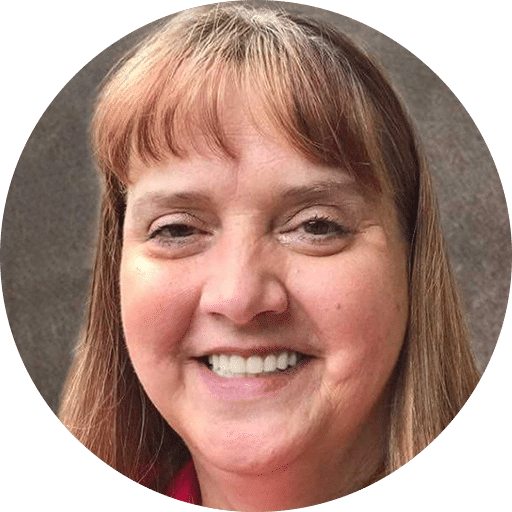 Laura is the CEO and co-founder of DNAngels.

Laura’s love of ancestry began with a gift from her father, Charles. He gave a her a book that traced their lineage all the way back to 1804 when the very first Tippy arrived in America on a ship from Germany, only then, the family name was Tippa.

The gift was so meaningful that she wanted to do something similar for her grandchildren Nevaeh and Noah. She began doing research on Ancestry with a plan to create a book she could gift them for Christmas. It seemed natural to include a DNA test. In the fall of 2017, she took a test with ancestry.com. When her results came back, she was fascinated at all the matches she had, more than 2000 1-4th cousins came back as a match!

She began to search through the matches for her father’s family. She couldn't find any of them. Confused, she reached out to family members on his side that had tested. They found that they could not see her either. A nagging memory surfaced that reminded her of something her uncle once said. He told her that her daddy was sterile and none of his children were his biologically. She had brushed it off. She knew she was her daddy's girl. She had brown eyes just like him and all her siblings had blue. If anyone was his, it was her.....but she wasn’t.

She now had evidence that she wasn't a Tippy biologically. She reached out to a second cousin who helped her piece together her matches and come up with a family tree they shared in common.

During all of this she asked a bunch of questions in a genealogy group and learned about centimorgans, their relationship to matches, and what that meant. She learned about mirror trees and linking matches to make a grandma and grandpa. She was able to figure out who her biological family was within about 2 weeks with the assistance of her second cousin match. The second cousin match ended up being the grand daughter of Laura’s biological dad’s brother.

Her biological father died when she was 13 years old. She never had a chance to meet him. He left a warm and welcoming widow and 6 sons, Laura’s new brothers.

Her step mom, Judy had a “Welcome to the family” party for Laura where she met several family members. Judy can't get enough praise for doing her best to get Laura integrated into the family fold. Judy (Momma) as Laura referred to her passed away suddenly about 5 months after the arrival of Laura.

"I miss her so much. She accepted me without a moments hesitation and pretty much shoved me down the throats of my brothers. I feel the love from the boys off and on. It is a very tricky relationship to foster. It is always an ongoing process to be incorporated into their lives. I also try to share what is going on in my life." - Laura

Emily is a co-founder of DNAngels and began her journey with the organization in 2018. She’s always had a love for genealogy, stemmed from her childhood where her grandfather made sure their German heritage played an important part in her life.

In 2016, Emily took the 23andMe DNA test and was blown away with all the information the results provided. She then took the AncestryDNA test to hopefully uncover additional information that could be used in her love for genealogy. Eager to see which family members had also taken the tests, she realized there was an entire handful of cousins she didn’t recognize. After contact with these new-found family members, all ended up being adoptees or NPE’s (Non Parent Expected). She immediately knew she had the tools and resources to help these family members find answers and offered to help.

Since 2016, Emily has had many additional close family members and friends find out through DNA tests that who they thought was their biological father/parent, was not. To have what you’ve know about yourself your entire life, turn out to be not true, is completely crushing, and she believes everyone is owed the truth about where they came from, where their genetics originated, and who created their life. Emily thrives in making real connections with those she helps and continuing to follow their journey in life with their new-found biological information. She often refers to the work she does as a search angel as “helping put all the puzzle pieces together” and loves making biological connections through interpreting DNA results to help those in need. 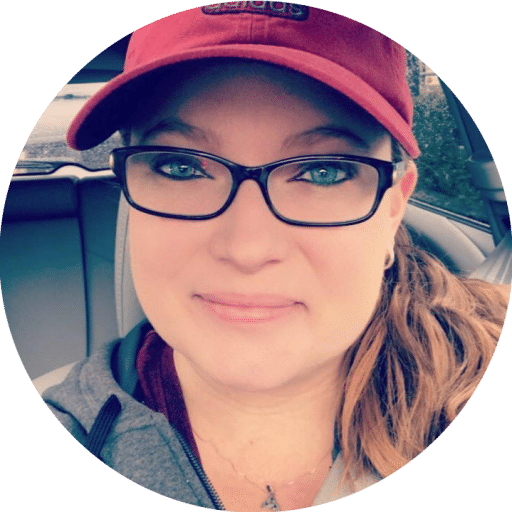 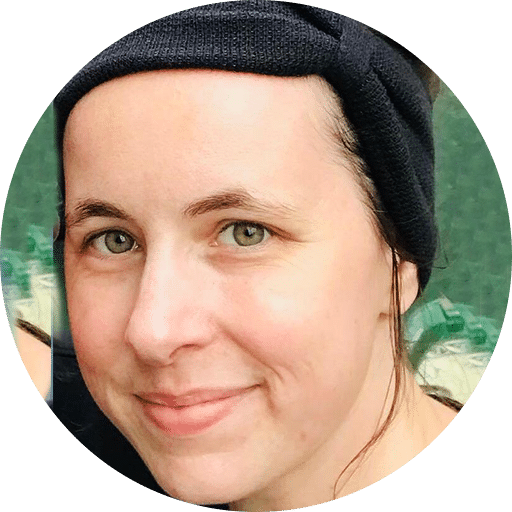 Kayla Branch joined the DNAngels team in 2018. She is a mother of four girls, and wife of a Merchant Mariner. She is rooted in South Louisiana. Her journey with genetic genealogy began after she discovered a surprise on her own DNA test by accident. She was gifted a test and hoping to build an extensive tree using the results. Immediately there was a Parent/Child match. Her Father was excited to discover that he had a daughter. They immediately bonded and began building a relationship. Shortly after, Kayla began helping friends and family with their own test results and it went from a hobby to an obsession. After finding about two dozen biological parents on her own, she joined up with the other DNAngels to solve hundreds more. While not every search has a happy ending, she believes that everyone deserves to know the truth of their biological origins.

"I love the support that our group provides, because no matter the outcome, there will be an internal struggle of self identity. It's helpful to have a private place where you can talk with other people who have walked the same path." -Kayla Branch, DNAngels

Kate Penney Howard describes her family tree as predictable, with very few surprises (Although, as a result of her father's Y-DNA test, she has recently been searching for her 19th century Scots-Irish ancestor whose name is not Penney, but Armstrong).
It was not until a relative tested and had questions about their "other, adopted side" that Kate became determined to figure out their DNA matches.  Over the course of a year, she identified the birth mother, and then the two brothers who could be the father (yes, we're still waiting on the final answer.  yes, it is frustrating not to know, but both are deceased without known children).

One day, she was talking with a friend and mentioned what she was doing.  The friend said, "really, I am adopted, can you help me?"  Kate offered to take a look, and a few weeks later, she had narrowed things down.  And that's when Kate got a message from her friend's 2nd cousin, "I am adopted, can you help me find my family?"  Kate quickly determined the 2nd cousin's parentage, and was able to discover her friend's parentage too.

Kate spends time in the evening searching through the DNA matches of strangers out of love for others, and a desire to bring healing and wholeness.  She loves learning about different places and cultures, and she feels that through this process, she becomes a part of each person's family who blesses her with the opportunity to become part of their story. 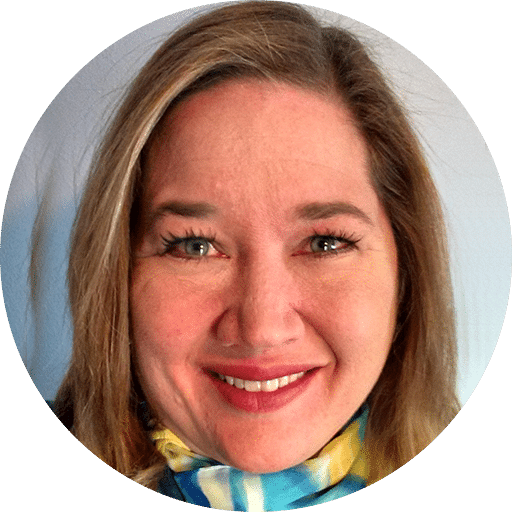 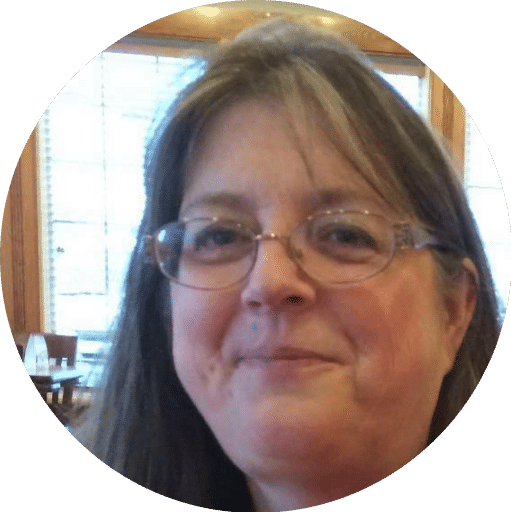 Mary McIntosh is a Licensed Clinical Social Worker and a Board Certified Behavior Analyst. Mary has her own private therapy practice licensed in both VA and PA and is a Professor at Radford University. She has been her family historian/genealogist for over 40 years. Mary has been supporting others developing their family trees for the past twenty years and finding their adoptive parents through DNA testing and supporting them through the emotional process over the past five years.

Mary volunteers her time as a DNAngel building trees, finding answers, and providing support for both the clients and the DNAngels team. Mary has three grown children including a son with special needs.

Charity knew nothing about ancestry until her best friend wanted help with her solving her mother’s closed adoption case. Her best friend took the test and was related to her neighbor so she swore her and Charity was related since everyone says they look like sisters and this is how Charity entered the genealogy world. Charity took a test and it didn’t come back to her maiden name and her dad had just passed away. This spiraled Charity into research and leaning all the ins and outs of using Ancestry to fill in the gaps.

Charity enjoys what she calls paying it forward and feels everyone deserves answers and is happy to help when she has the available time. 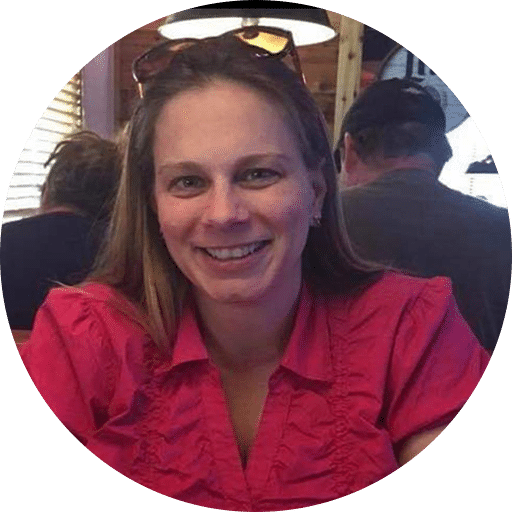