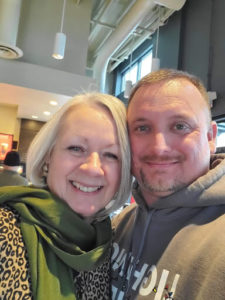 My story is a bit different due to the fact I kind of fell into the DNAngels Facebook group by accident.  But really…was it? I have been working on our family tree and history for a while – like 40 years.

When I initially started the genealogy search it was because “I wanted to know where we came  from”; England, Ireland, Russia – where exactly?

I remember asking my mother in grade school this same question, to which she always responded, “call your grandmother.” You see she had been adopted and there were no members of her family  alive. She never wanted to talk about her adoption and when she did, she did so with short answers  – “yes”, “no”, or “I don’t know.” We just had our grandmother, my dad’s mother who was a widow.  My mother had literally been handed a small cedar chest with a few items when her adopted mother  had died, and was told “Oh, by the way, you need to know you’re adopted.” This happened when  she was 17 and it stuck with her forever!

I am the oldest of six children and the only one that pursued more family information. My mother  was widowed at 32, had six children to raise, and when any of us would ask about her adoption or  what she knew, her reply was the standard “I consider the woman who raised me to be my mother.”  Of course that made sense to me but after I had my first child, I really wanted to know more. I  would gently bring the subject up and after some time she produced her original birth certificate with  her given name. Needless to say, this was before the internet and computers (yea, I’m that old!). I  had taken a genealogy class and started my tree. I worked on it, put it aside, and then worked some  more. It was a long process over a long time and I never found much.

The years flew by, computers got better and the internet had a webpage called Ancestry. It was a  blessing to find that others were just as interested as I was. I became the “go to” person in my family whenever someone had a question. In 1997, I found my mother’s birth family.  Unfortunately, she passed away in 1995 and she never knew she had two sisters and a brother.  I kept picking away at information and found that the internet and Ancestry was a wealth of information for genealogy.

Fast forward to Christmas 2017. I had received an Ancestry DNA test from my son. My first thought was, “I’ll finally be able to confirm the countries that we know we’re from!” I took the test and waited and waited some more. I received the notice saying my results were in. Here we go, I thought! It  confirmed most of what I knew however, under my ‘DNA Matches’ there was a name I didn’t  recognize. My sister was there, my two cousins were there but there was a name under “Probable 1st cousins” that I didn’t recognize. How could that be? I made calls to my siblings – no one in the family  recognized the name. I sent a message and could tell that this person probably had not been on  Ancestry for a while. Like a dog with a bone, I was obsessed as they say. I had to know WHO was  this person and how could we be related? I looked on social media and came up with a list of people  with the same name. So, what did I do – start at the top and worked my way down the list.

I sent a message to him (his name is Shane) and asked if he had recently tested via Ancestry and I  said that we were a high match through the DNA segments and CM’s. I crossed my fingers and  hoped I would get a response. Within 30 minutes he replied “yes” he had taken the test and I asked  if he was open to a chat, text, etc. to which he also said yes. I hit the jackpot! First one on my list! We talked for approximately 20 minutes, shared information and last names but none were making  sense to either of us. The most shocking thing was, this man lived approximately 15-20 minutes  away from me and he had grown up in the same neighborhood as my siblings and I! We both tried to  come up with common denominators but failed. I was at a loss but we still kept in touch for about a  year hoping to figure it out. Like a dog with a bone!

After Thanksgiving 2019, I was scrolling through Facebook and came upon a genealogy page and post  with a question. I wasn’t familiar with the site and the question was “What is the highest number you  have matched and you don’t know who they are?” Hmmm…keep scrolling I thought. I’m not sure I  want to answer that! Five minutes later I thought to myself, ‘well why not, this should be  interesting,’ so I went back and answered the question. I matched 1,996 cm’s across 72 DNA  segments – pretty high right? Later, a woman responded, a DNAngel. “You don’t know who this is?”  she texted. Nope – zilch! Nothing! My DNAngel’s name is Laura. After some texting and discussion, she asked if I would like some help figuring this out. Absolutely I did! I was clueless! She looked at my tree and confirmed the information she needed. Laura told me she wanted to pull some other team  members in to help her and for me to give her a couple of days. I thought, why not, the more the merrier, but I’m not sure we’ll have an answer.

Laura set up a time with two other DNAngels; Ashley and Emily to assist. She also asked if I thought  Shane would be willing to participate with us. I asked him and his response was “you bet!”

So it began…on December 9, at 7 pm. I watched my tree along with all the information they were  pulling, and he and I answered their questions. These three women were a ‘well-oiled’, working,  genealogy network machine doing what they do best! Connecting all the dots, data, and dates and  even pulling pictures! This went on for hours and I was in awe. I finally went to bed knowing full well  every time I woke up I would be looking at my cell phone and the information they were getting.

At 4 am I got up, looked at my phone and saw, “Boy, Terry is gonna be surprised when she gets up  and finds out she has a full-blooded nephew!” WHAT??? WHAT!! How could that be? (bad joke here  – we know how!) Both Shane and I were a bit stunned I think.

Shane and I had a full day or two to fully absorb all this news and chat. The DNAngels determined he  was the son of one of my three brothers. OMG! Now it was my job to figure out how to break the  news to the two of them, as we had recently lost a brother. Laura made some suggestions to me and I  seriously thought about all this.

About a week or two later, after Christmas, I made a date with my brothers Jeff and Mike for coffee  and asked them not to bring their spouses. I tried to make it a “oh, just siblings having coffee” type  of thing. I took the DNA green sheet and information for them regarding DNA, even a few pictures. I  concentrated on saying the word “nephew” instead of “son” because I knew that might freak them  out. I also explained that before our brother Tom had died (he was single and never married) he had told me there was a possibility he could have a child ‘out there somewhere’. So…after a brief  explanation of why I wanted to have coffee, that it was about my genealogy search, I said to them  “Well, we have a new nephew and it may be Tom’s”. Their two faces said it all! My brother Jeff  recently told me that it hadn’t dawned on him that it could have been his son until he got home. He told  me I kept repeating “nephew” and I said that was just what I wanted – for them to get to the “son” part on their own, …and they did.

A couple of weeks later my youngest brother Mike brought all this up to his daughters one night. He  told his wife and girls we all had a new cousin but we weren’t sure WHO’S son it was. (Mike’s wife  was totally on board no matter whose son it was. As she said “This was before Mike and I met and  married. I’m totally okay with it.”) During a video call with his daughters they said to him “Dad, how  do you know it’s not YOUR son?” That gave way to a lot of discussion among the four of them. Then  his oldest daughter said, “Dad, this would be so cool if it was your son because we’ve always wanted  an older brother!” That spoke volumes of acceptance for me. I had already accepted Shane no  matter what my two brothers would decide. I had told Shane I wouldn’t let go of him, he was stuck  with me at least, and I thought the rest of the family would be just as happy as I was/am.

Mike’s daughter decided to take the Ancestry DNA test (Mike was still unsure) and her test showed a ‘sibling match.’ Now we absolutely were sure. The girls now have their older brother, Mike has a son, and Shane knows for sure who his father is! 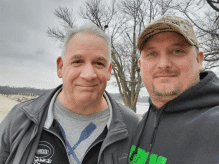 These past several months all of Mike’s daughters have gotten to meet Shane. We’ve had  family get-togethers, we text, talk on the phone, have coffee and are enjoying getting to know  one another. Shane is married and has three daughters just like Mike. Shane’s mother had  never told my brother she was pregnant. We are blessed to have Shane, his wife and three  daughters in the family. We laugh and say Mike and Shane are like two peas in a pod! It’s a  good thing! I think back to when my son gave me the DNA test for Christmas and the question  he asked me after I told him I had my results, “Mom, is there anything you learned that you  didn’t know before?” Well…that is a very long story now. Our family story and one that is  Shane and Mike’s story that is still being written. We have been blessed!

Another “Awareness” Month
Next Post: It’s Not Your Fault…. 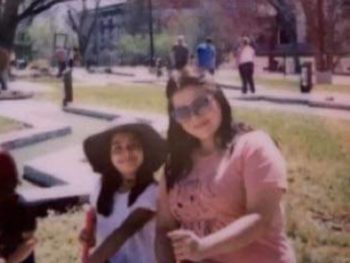 Have you taken a DNA test and wondered if your results were wrong?  Do you match people you have no idea who they are?  Have you asked your Mom about names that have come up …