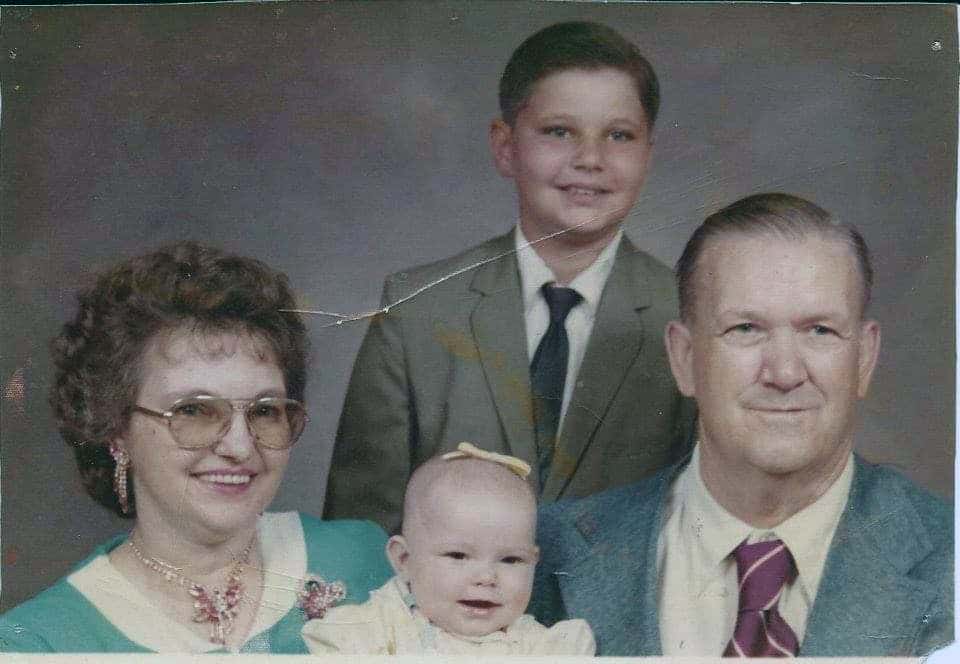 Frances joined DNAngels in May of 2021 and her story captivated me. She was born in the fall of 1973 and quickly adopted by her maternal grandparents who loved and cared for her as their own. The love and support she had from them, was enough to make her feel safe and secure in the world she lived, she did not long for a relationship with her biological parents when she was younger. You see, her mother Joy, was only 17 when she gave birth to Frances and Joy was forced to marry young due to reasons most would find absurd in this day. Was Joy set up for failure from the beginning?

Joy was forced to marry Eugene because she became pregnant at a young age, but soon after they were married, Joy experienced a miscarriage. Eugene and Joy had separated for some time when met another man, named Michael. They had a brief relationship, but Joy ended up back with Eugene and this is when they realized she was pregnant with Frances. Joy always thought Michael was Frances’ biological father. In the hospital, Joy told the nurse she wanted to name her Frances Maureen, Maureen being Michael’s mother’s name, but the nurse heard wrong and put Marie on the birth certificate instead.
At three months old, Frances was adopted by her grandparents and went on to live her life without Michael or Eugene. Both men believed they were her father, but Frances and her maternal grandparents believed Eugene was her biological father. Eugene and Frances did not have a relationship when she was younger, but she was able to reconnect with him in adulthood. Eugene was ecstatic to have Frances back in his life and overjoyed that he was finally a grandfather.

Eugene passed away close to a year after reconnecting with Frances, she cherishes their brief relationship, and is saddened to learn that he was not her biological father. 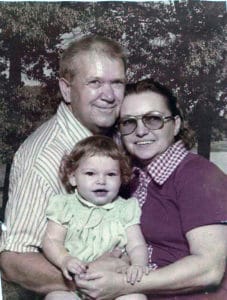 Frances stated, “I found Eugene a number of years ago and talked with him often before he passed. I believed Eugene was my father.” She goes on to explain that she took an AncestryDNA test to see if she had any Native American heritage, it was rumored that Eugene’s grandmother was full-blooded Choctaw but as she built her family tree and connected with relatives, she realized they were not DNA matches with her.

This is when she began to wonder if Michael was indeed her biological father. Frances jumped back into her DNA results and started another tree trying to connect the dots. When she opened her messages, after years of not logging in, she saw a message from her top DNA match, Debbie; this is when it clicked. Debbie’s message read, “…I was adopted at birth. My birth parent’s names were Maureen Johnson and Noah (?)Johnson….” Frances read this and remembered the story her mother had told her about her middle name and how it was supposed to be Maureen, after her grandmother.

I was able to quickly inform Frances that Micheal was her biological father, but he had unfortunately passed away. This is where the story takes an amazing turn. As I was building the family tree, I noticed Debbie seemed to be 1 of 11 siblings AND SHE WAS IN THE MIDDLE! Curiosity killed this cat and I just could not sleep until I knew this story! I decided I was going to try to connect Debbie with her biological family and I would not sleep until I made this happen.

I managed to find one of the siblings, Vivian, and we spoke on the phone. I told her about her new niece Frances and that her sister, Debbie, is searching for them! To my surprise, Vivian had been for her as well. This story just keeps getting better.

Okay, we are all wondering the same thing, right? Why did they give Debbie up for adoption? Well guess what, it was not ONLY Debbie, but they also gave her brother, Danny, to the same family. As I spoke with Vivian, she revealed what happened and how the family had never forgotten their siblings. I asked Vivian why these two were adopted and her response was surprising, “Mama’s sister couldn’t have children and really wanted them. She was an alcoholic also and Mama told her, if you can stop drinking, you can have this kid. So, she quit drinking and mama gave her the kid.”

I spoke with Debbie in detail, and she explained that they were adopted by Maureen’s, sisters, friend…NOT her sister. They did stay in contact with the family and her adopted parents even lived with Maureen and Noah (Debbie and Danny’s biological parents) when the kids were younger, but they unfortunately lost contact. The siblings never stopped searching for each other. Debbie shared a story with me that touched my heart. Nearly forty years ago, the family headed to Six Flags, in the same town Maureen and Noah had lived. When the park unexpectedly closed for the day, Danny and Debbie spent hours calling every single Johnson in the phone book praying they would find their family. They unfortunately left disappointed.

Debbie spent her life longing to connect with her biological family, this led her to taking a DNA test with Ancestry. Before giving up hope, she sent the message above to Frances, which is not only what helped connect her to her siblings but also helped clarify Frances’ identity. I was able to locate Debbie on Facebook, but it appeared she had not been active for some time and as the day went on, I realized I needed to step up my game if I was going to get any sleep! I started messaging all her friends, in hopes, someone would see the message and pass it along. It was at that point I realized that she had a daughter, Mary, and I reached out to her.

Thankfully, she decided to look at the message, as she usually ignores strangers’ messages. What a blessing this was! I spoke with Mary and she was overjoyed with the news, she called her mother immediately. I was able to connect Vivian, Frances, and Debbie that night, whew…now I could sleep!

Its difficult to put into words how it feels to change someone’s life. I cried when they cried, I felt defeated when I did not get an answer. One thing about this case that really pulled on my heart strings was that the biological family had included Danny and Debbie in the other siblings’ obituaries. I was honestly touched by this and so happy to be a part of the reunion of this family. It confirms that what we do at DNAngels is life changing and I will continue to strive to connect more families.

Frances and her family will always have a special place in my life and for that, I am thankful. 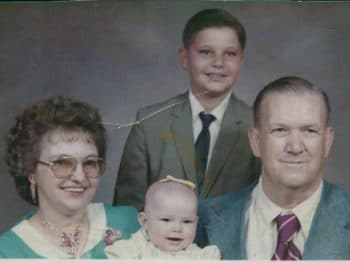