Millions of people each year dig deeper into their pasts by taking at-home DNA tests. Most people don’t expect to discover much more than their geographical origin, an ethnicity, or get a glimpse into the lives of their oldest and most distant relatives. For an increasingly astounding number of test takers, the surprises are happening much closer to home as is the case with NPEs.

An NPE, which stands for “Non-Paternity Event” or “Not Parent Expected,” is a person who has discovered through DNA testing that the people/person they believed to be their biological parent(s) are actually not genetically related at all. In fact, it’s becoming so common, NPEs, like Cat McDonald, are turning to social media to share their stories and garner support from others like them.

Cat’s viral TikTok story, all started with an innocent idea from her father to get everyone in the family Ancestry DNA kits for Christmas. When the results came back though, on St. Patrick’s Day no less, Cat found out she wasn’t Irish at all like her father. In fact, she wasn’t even a DNA match to him. She had a surprise father match to a different man altogether. She originally posted her story last week on TikTok to her 108 followers at the time:

@fretlessfeline#stitch with @meezersqueezer This is the first time I have said this on the internet and my soul just sighed. #fyp #Ancestry #ancestrydna♬ original sound – Cat McDonald

The story doesn’t end there. She googled his name and discovered he was a billionaire CEO who had three other daughters of his own, and as she would soon discover, had no interest in expanding that number to include her.

Cat McDonald’s story, although likely wildly unconventional, is not the only one out there. Thousands upon thousands of other men and women of all ages are discovering they aren’t genetically the people they think they are. While the support of social media NPE support groups whose mantra’s spread encouragement and remind those who are now suffering an identity crisis that they are “not the cause of the problem, only the result,” and that they can turn their “mess into a message,” the truth is the struggle to obtain real answers remains – and that’s exactly where non-profits like ours, DNAngels, come into the picture. DNAngels helps recent DNA test takers who do not know the identity of a biological parent, to help identify them, restore genetic truth, and also support them on their journey.

Cat McDonald reached out to DNAngels and spoke with Laura Leslie-Olmsted – Founder, Executive Director, and Lead Genetic Genealogist. “I would love to channel this to a greater good. I want to ask my following to donate to DNAngels as a final “part” of my ancestry DNA series, offering a brighter future for others that have been in my shoes.” said Cat McDonald. By stepping up to ask her followers to donate to our organization, Cat McDonald is channeling her TikTok notoriety to a greater good. At DNAngels, we could not be more honored to join forces and become lasting allies for such a worthy cause.

*Videos may contain words or language that are considered profane, vulgar, or offensive by some readers.

Never Give Up
Next Post: Client Stories: Angie’s Story 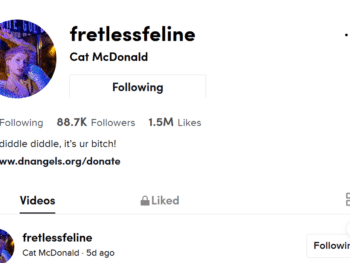 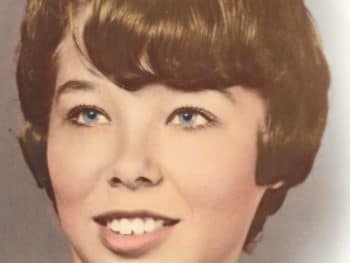 I had been on Ancestry since around 2009 searching for my mother’s parent’s gravesites. She was very ill at the time with cancer and wanted to find them before she passed away.  I had all …